Famous men have lived and impressed the world with their achievements in various realms of life. Famous men have also died, and by their final words, with life ebbing away and the shades of death approaching, have expressed the impact eternal realities had made upon their souls. Some conveyed perplexing thoughts of doubt, despair, and doom. Others proclaimed with unmistakable clarity their serenity of soul in faith, hope and love.

George Washington- First President of the United States . He composed his limbs, closed his eyes, and folding his arms upon his chest expired, saying, "Father of Mercies, take me to Thyself." What hope!

C. H. Spurgeon- Preacher. Nearing the end of life, he said, "Tranquil and happy, though very weak. My theology is very simple. I can express it in few words and they are enough to die by." After a pause, he slowly said, "Jesus died for me." What simplicity!

Michael Faraday- Chemical Scientist. When on his deathbed he was asked, "What are your speculations now?" "Speculations?" exclaimed Faraday, "I have none! No speculations now. I KNOW whom I have believed. My soul rests on certainties." What assurance!

Charles Dickens- Author. "I commit my soul to the mercy of God through our Lord Jesus Christ, and I exhort my dear children to humbly try to guide themselves by the teaching of the New Testament." What composure!

Richard Baxter- Author. "I have pain, for there is no arguing against one's senses. But I have peace; I have peace." What peace!

Albert the Good- Prince Consort of Queen Victoria. He constantly repeated "Rock of Ages" upon his deathbed. "For," said he, "If in this hour I had only my worldly honors and dignities to depend on, I should be poor indeed." What wealth!

Aristotle- A Great Philosopher. In the face of death, he proclaimed, "I was born in sin. I have lived unhappily. I die in doubt. Cause of causes pity me." What doubt!

Rudolph Valentino- Movie Actor. His last words were: "Doctor, do you know the greatest thing I am looking forward to?" "What is it?" asked the doctor. "It is the fishing review next month," said he and lapsed into unconsciousness from which he never recovered. What emptiness!

Jay Gould- Millionaire. When dying he is reported to have said, "I suppose I am the most miserable man on earth." What misery!

Beaconsfield- Politician. "Youth is a mistake, manhood a struggle, old age a regret." What regret!

Thomas Paine- Author and Philosopher. "I would give worlds, if I had them, that the Age of Reason had never been published." In answer to Dr. Manley's question, "Do you then believe in the divinity of Jesus Christ?" Paine's reply and last utterance were, "I have no wish to believe on that subject." What rebellion!

Those who died in peace knew the Lord Jesus Christ as their personal Saviour. "Jesus died for me," Spurgeon said.

This is the confession of one who had accepted the work done by Jesus on Calvary’s cross to pay the penalty his sins demanded. "Therefore being justified by faith, we have peace with God through our Lord Jesus Christ" (Romans 5:1). The work of Christ makes us safe; the Word of Christ makes us sure! "These things have I written unto you that believe on the Name of the Son of God; that ye may KNOW that ye have eternal life" (1 John 5:13).

Those who died in misery did so because of unbelief. Their riches, achievements, and fame did not help them as death drew nigh. They had refused the Son of God, and therefore they had no Saviour. They did not believe the revelation of the Holy Scriptures and therefore had no hope. Sadly, it must be said of them what the Lord Jesus said, "If ye believe not that I am He, ye shall die in your sins." Paine cried, "I have no wish to believe on that subject," and indeed his own desire to have nothing to do with Christ while salvation was offered was the sealing of his doom in an eternal hell!

What Men Live By

The Importance of the Bible in the Christian's life.

Bible Marking For Bible study and quiet time by DL Moody
Bible Reading Enjoy reading your Bible by DL Moody
Stiltetyd Tyd alleen met God Doeltreffende Stiltetyd in 'n gejaagde lewe
Bybelstudie Die Bybelboek - Bybelstudiemetode Die Bybel word Bybelboek vir Bybelboek, sinvol en sistematies bestudeer.
The Bible 14 Characteristics of The Word of God In this article, 14 characteristics of the Word of God are described. These statements are most significant in view of the fact that a large body of modern theologians has, through their prejudice and destructive criticism relegated the Bible…
Bible Study How to Study Your Bible Psalms 1:1-2; Deuteronomy 29:29; 1 Corinthians 8:1 Introduction The Bible is an awe-inspiring book. However, we don't want merely to admire it; we need to understand it. In fact, the majority of people who have an opinion about the Bible--either…

Here are some articles on different topics, see what the Bible says. 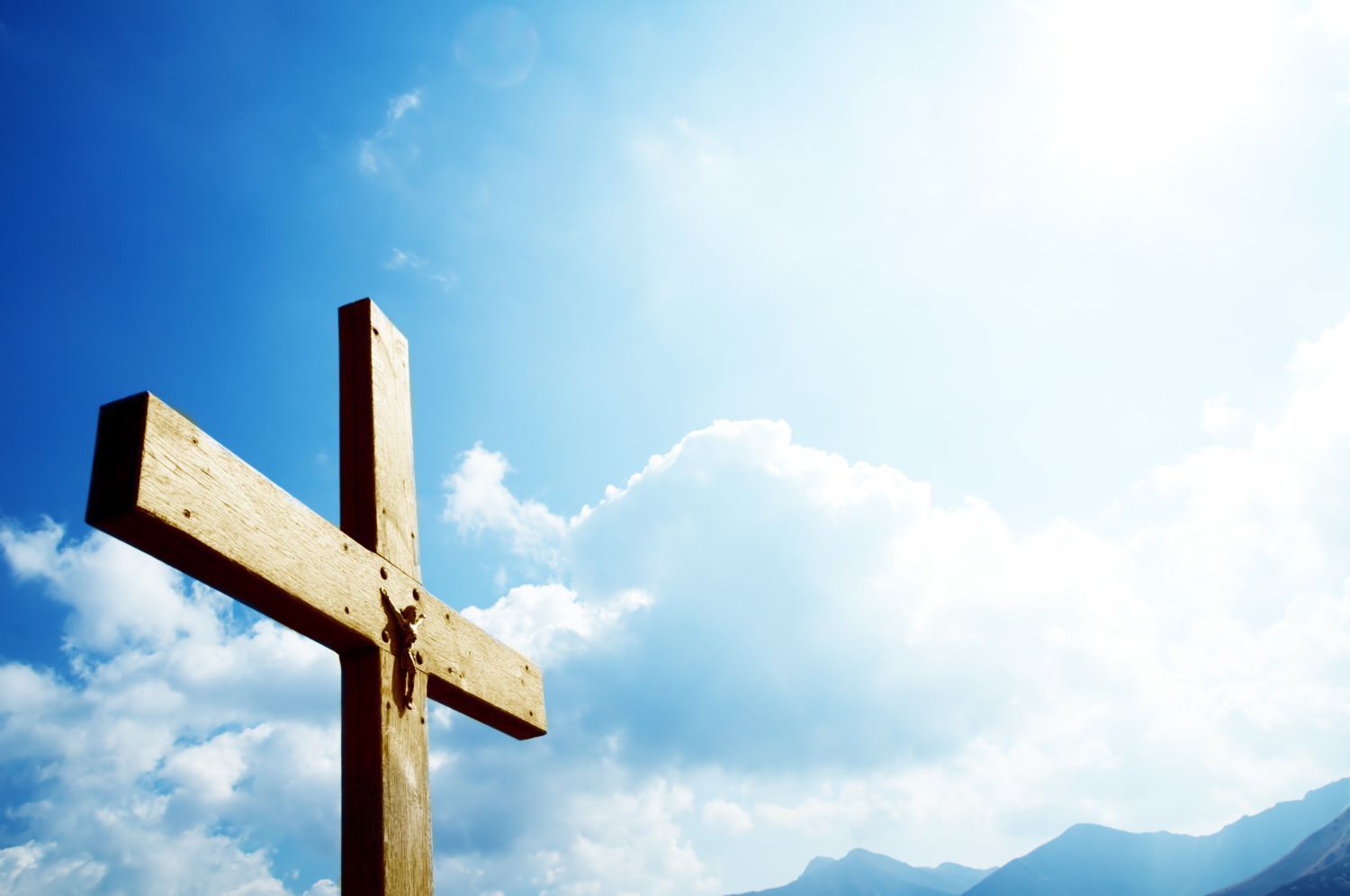 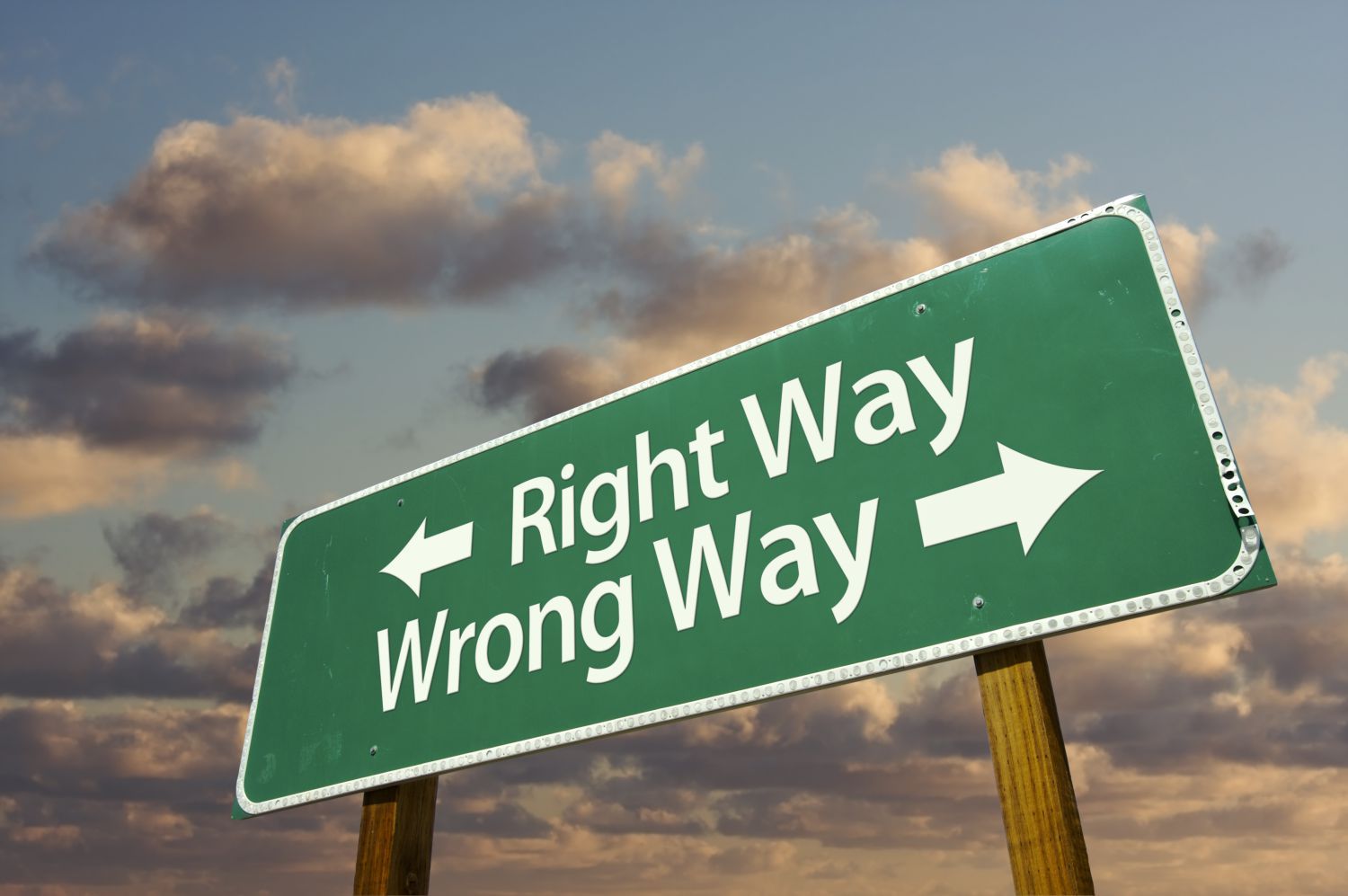 Hell: What the Bible Says
An exposition of the doctrine of eternal punishment in a burning hell for all the unsaved people of all ages. 1. How Can We Know About Hell? “There was a certain rich man, which was clothed in purple and fine…
Spiritual Backsliding
It is important that one understands the phenomenon of apostatising, or backsliding, as every believer should be able to identify and counter this backward course in his or her spiritual life whenever it occurs. If you wish to determine the…
Die Doop
Die onderwerp van die doop is baie kontroversieel met baie misverstande. Baie mense dweep met die doop en dit raak 'n obsessie by hulle. Dit veroorsaak baie keer ongebalanseerde en dwase strydvrae met die gevolg dat Christene twis oor die… 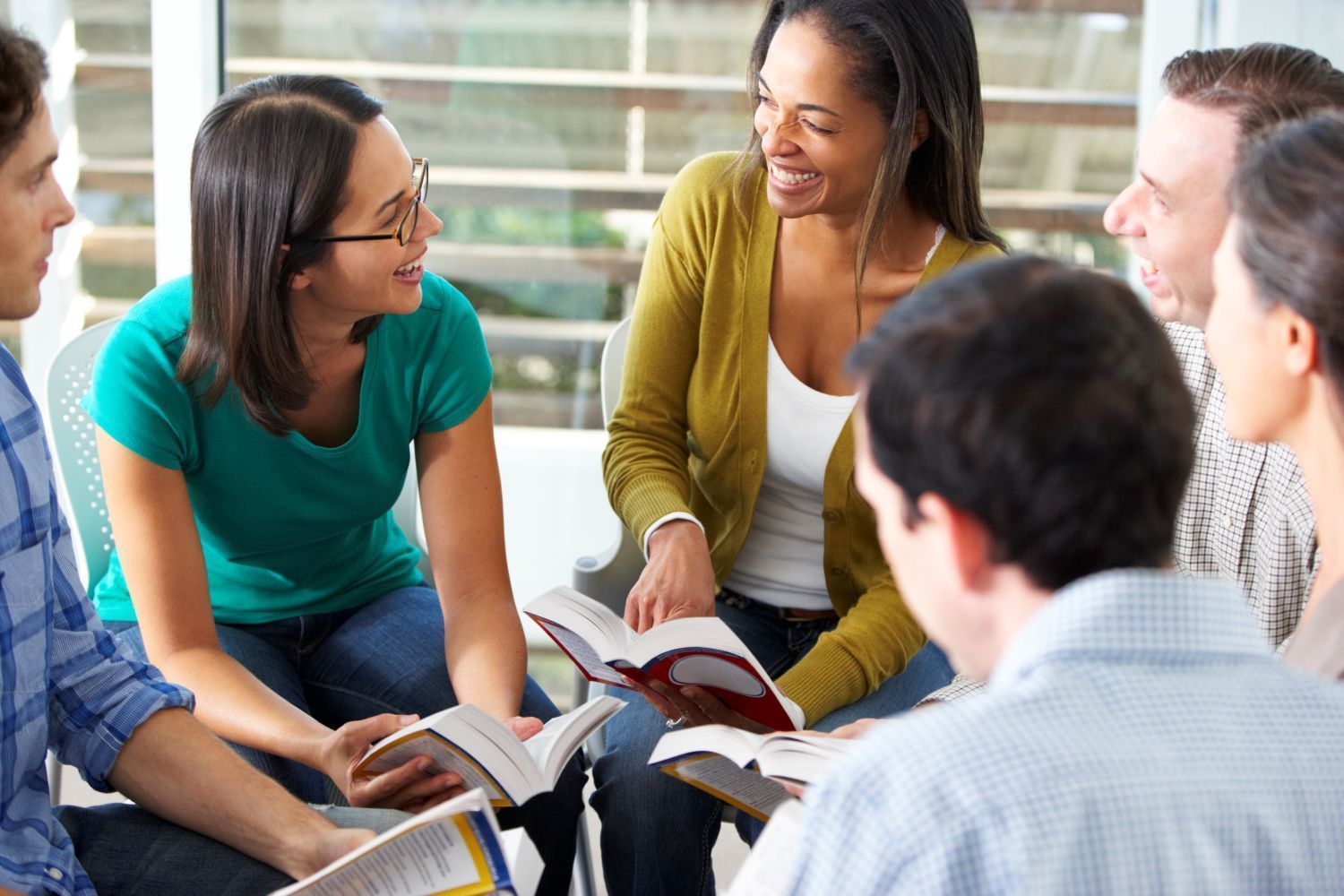 Loose Lips Sink Ships
I know this has been used as a catchphrase by the military in referring to ships. However, I believe it could be applied to each one of us today. Loose lips can sink more than naval ships. They can… 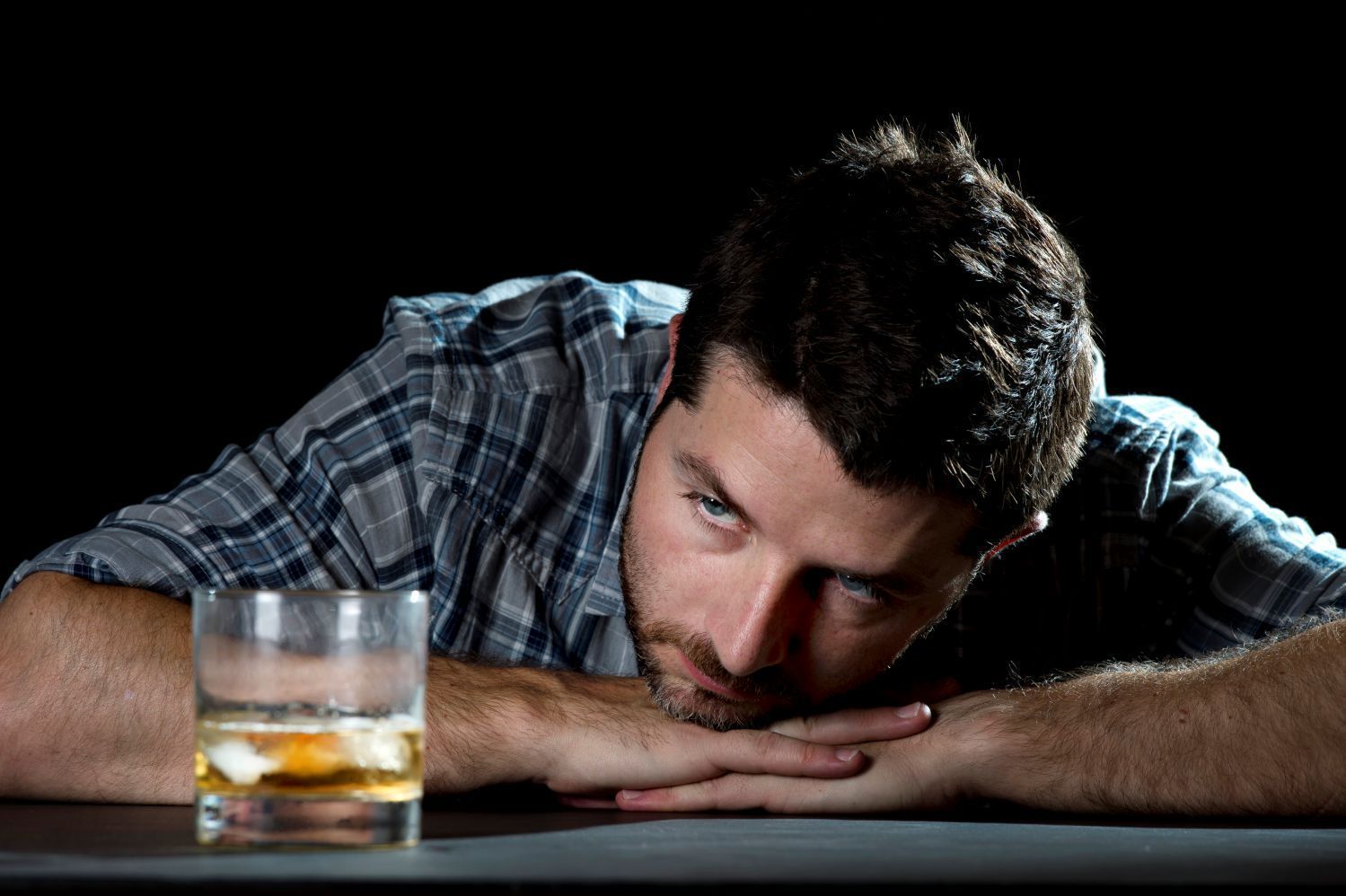 Being a Christian and drinking alcohol, what does the Bible say?
The Dangers of Moderate Drinking
John B. Gough (1817-1886) Born in Sandgate, Kent, England in 1817, Gough immigrated to the United States when he was only twelve years old. His mother and sister also came to America. His mother died of a stroke and Gough,…

Beer and Wine: The Bible’s Counsel
Doesn't the Bible refer in a number of places to wine and strong drink? Don't we quite often find people drinking alcohol in the Bible? Can't we assume, then, that Scripture generally does not condemn drinking alcoholic beverages? It's true that…

A collection of articles written by FB Meyer. Practical advice for the daily Christian life.

A Good Start
A NEW YEAR is opening before us, and there is some satisfaction in feeling that an opportunity will be afforded of making a really new start. Each true heart in which there is a spark of the Divine life turns eagerly towards the unblemished page, the untrodden way, of the…
A Good Start -
Exaggeration
BENEATH all exaggeration there is a basis of truth. When an American said that the whey which flowed from the making of a large cheese in his country was sufficient to run three sawmills; and when another affirmed that the soil of his farm was so prolific that the tendrils…
A Good Start -
On Being Straight
To be straight is to be true. There is no more important exhortation on the page of Scripture, than where the Apostle says, "Whatsoever things are true . . . think on these things." A friend of mine, educated in one of our great English schools, says that the most formative words of…
A Good Start -
Tempers, and What to do With Them
WHAT a shadow is cast over lives and homes by bad tempers! It is Sunday morning, God's day of rest and peace, when the worry and rush of the world should be quiet, and the voices of newspaper boys and hawkers of small wares should be still. A family of…
A Good Start -
On Falling in Love
No flirting, young people, please! You cannot flit around the flame without the risk of burning your wings; and remember, if these are lost, you cannot get another pair; you may be able to crawl or limp, but you will never again bask in the sunbeams or dance with merry-hearted…
A Good Start -
On Doing a Good Day's Work
LONGFELLOW'S village blacksmith felt that "something accomplished, something done," had earned a night's repose; and I suppose that he did little else than shoe the farmers' horses, or put new shares to their ploughs; yet he had the perpetual consciousness that he was doing something in the world, contributing to…
A Good Start -
Savorless Salt
No wonder that the common people hung on Christ's words. He was a Master of the Art of Illustration, because he sought his emblems, not from remote corners of creation, or its recondite processes, but from the common incidents of ordinary human experience. Salt and light, birds and lilies, gates… 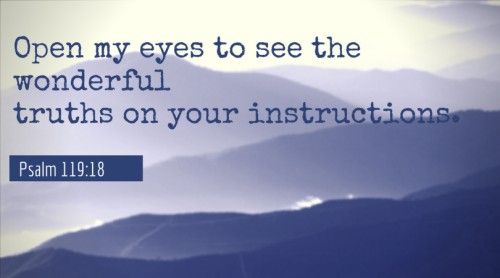 Everyone needs some guidance on where to start reading and how to read their Bible. Below are Afrikaans & English printables - give it to every young believer that you give a Bible to.
Tips on reading your Bible

Where should I start?

Start by reading a chapter in the morning and evening. Mark in your Bible and write in a notebook everything that stands out in the chapter you read. 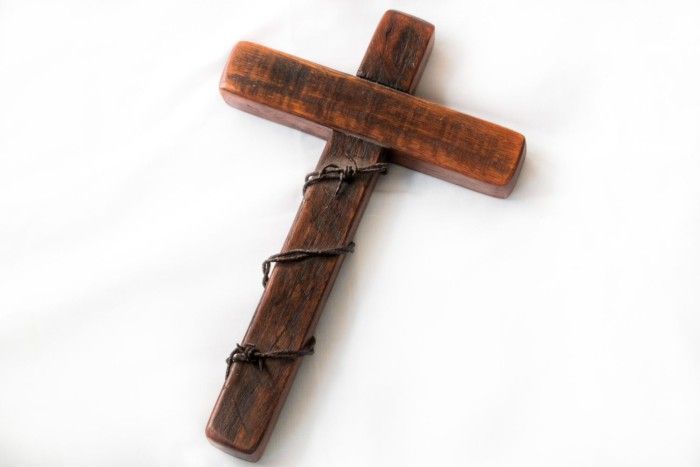 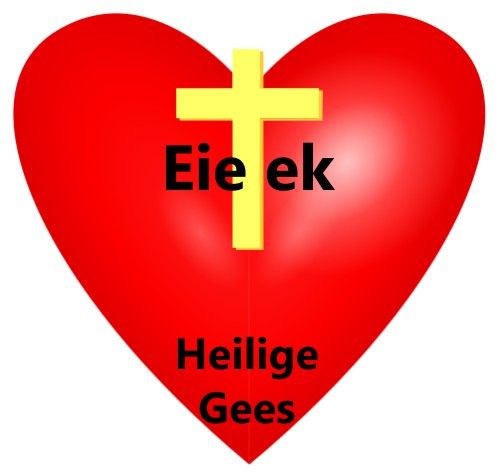 What the Bible teaches us about being born again.
Read More 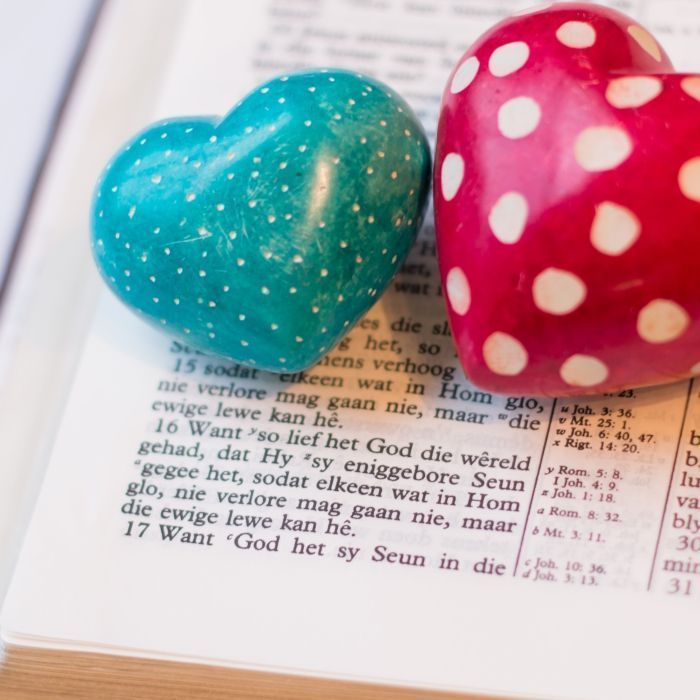 Here is a link if you would like to listen to audio sermons by various preachers. Promoting Genuine Biblical Revival. 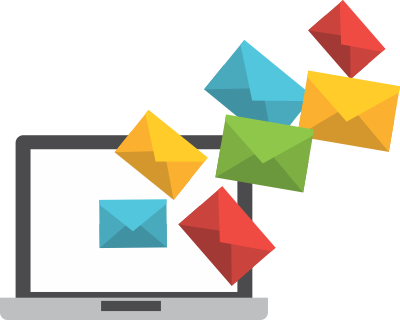 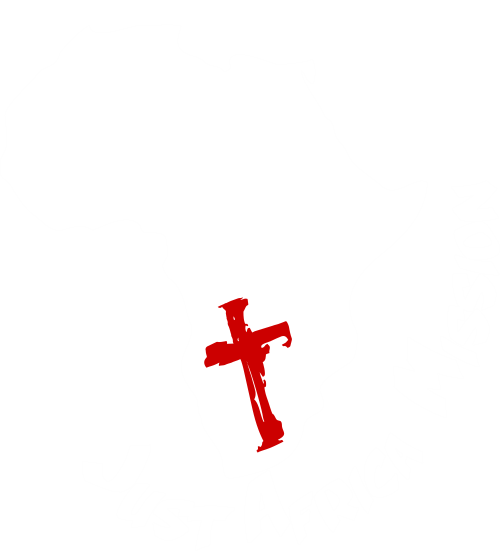